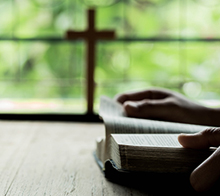 From the Pastor’s Desk…

Mark 9:30-37 – “They went on from there and passed through Galilee. He did not want anyone to know it; for he was teaching his disciples, saying to them, ‘The Son of Man is to be betrayed into human hands, and they will kill him, and three days after being killed, he will rise again.’ But they did not understand what he was saying and were afraid to ask him. Then they came to Capernaum; and when he was in the house he asked them, ‘What were you arguing about on the way?’ But they were silent, for on the way they had argued with one another who was the greatest. He sat down, called the twelve, and said to them, ‘Whoever wants to be first must be last of all and servant of all.’ Then he took a little child and put it among them; and taking it in his arms, he said to them, ‘Whoever welcomes one such child in my name welcomes me, and whoever welcomes me welcomes not me but the one who sent me.’”

In this reading from Mark, we once again hear difficult teachings from Jesus that are counter-cultural to what our world promotes and believes. While researching for a sermon I read a commentary from Pastor Lose and I really appreciated his thoughts and want to share them with y’all. – “Sometimes I think there are three short prayers that pretty much sum up the Christian life, and they came to mind as incredibly helpful to pray when we consider Jesus’ teaching. The first is in response to his counter-cultural command that the first must be last and that true greatness lies in service. It is as short as it is simple: “Lord, help us.” The second comes when we fall short of our ideals, giving in to insecurity and fear and looking out for ourselves first: “Lord, have mercy.” And the third is when we realize that even as we fall short, yet Jesus still died for us, still lives for us, still loves us more than anything: “Thanks be to God.” For Jesus does not give up on his disciples – not then and not now – and still offers us a different vision of greatness that can lead us to imagine and work toward a whole different world. So hear Jesus’ words once again and know they are still directed to Jesus’ disciples, both those gathered around him in Capernaum and those gathered around him here. As St. Mark writes, “And so Jesus sat down, called his disciples and said, ‘Whoever wants to be first must be last and be a servant to all.’” And all we can say in response is, perhaps, Lord help us. Lord have mercy. Thanks be to God.”

We have our Noisy Offering this week to benefit our sister congregation in Bumila Tanzania.

There are sign-up sheets on the bulletin board in the coatroom for readers, greeters, and acolytes for the month of October. Please prayerfully consider signing up for one or more.

This Sunday September 19 we return to 2 worship services at 8am & 10:30am with Sunday school in between.

On Sunday October 17, we will have our congregational meeting in which we will vote for council members and vote on our budget. One important change to note is that there will only be one (1) meeting in between services. We will not have a meeting after each service and as of right now, it will be an in-person meeting only. We hope to see you there.

Blessings on your day, 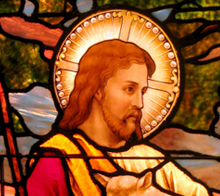 I want to share Bishop Daniel’s thoughts on this with y’all.

This year, the NWOS is inviting everyone to join them in 2021, as they read through the entire New Testament in Chronological Order. Not Matthew to Revelation, but James to Revelation. You may be surprised to know that many of the New Testament Letters were composed before the Gospels were written. You can click on the link below to get the daily reading guide. Spending time reading God’s Word daily is something we should all do and many times, it feels daunting or more like a task, something we have to do instead of something we want to do, because we’re not sure how long we should read for or how much we should read. The daily reading guide for the New Testament solves those issues as the readings are a chapter a day, sometimes less. Reading a chapter a day takes about 3-5 minutes and after reading, I encourage you to spend some time reflecting on what you’ve read. You may just be surprised as to what you think, feel or experience. I look forward to this journey with you.